But after taking his own life after a battle with severe mental illness, Carl left behind a family who eventually found the determination to use Carls’ life to promote mental health awareness.

Four years later, they brought that determination to The K.

The Specht family, founders of Overland Park nonprofit Carl’s Cause, partnered with the Kansas City Royals for the team’s first-ever mental wellness event on Tuesday at Kauffman Stadium.

Carl’s father, Bob Specht, threw out the ceremonial first pitch, and his mother, Kelly Specht, sat in the Buck O’Neil Legacy seat behind home plate, given each home game to a different local honoree.

“We are beyond honored that this is happening,” said Kelly during a brief interview before the game. “We’re also grateful because the Royals and the University of Kansas Health System have both chosen to do this mental wellness day at the K.” 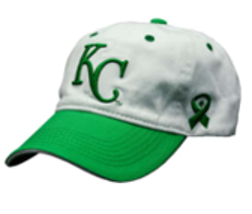 If anyone saw the green T-shirts at the game on Tuesday, it was for mental health awareness and for Carl.

“For us, personally, it has been our goal since we started Carl’s Cause to bring mental health awareness to the stadium level,” Kelly said. “That has been our tagline because we just felt like if you could talk about it at a big event where there was anywhere from 20,000 to 40,000 to 60,000 people, depending on the size of the stadium, if you could normalize the conversation…

“One in four people will struggle sometime in their lifetime, and I think right now in the pandemic, it has been much more prevalent, where even people that maybe never had a problem have felt anxiety or isolation or depression, all those things.” 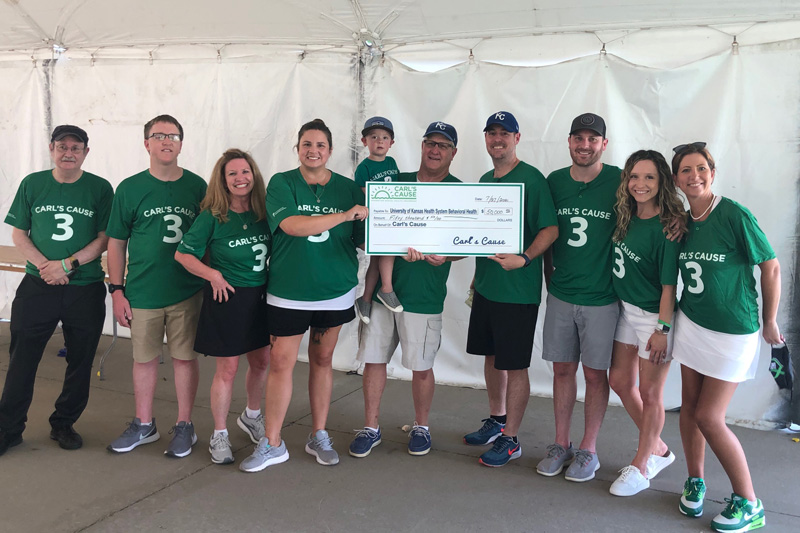 In a way, Tuesday’s event at The K brought everything full circle for Carl’s Cause.

The Spechts started the organization at a Royals tailgate in 2018, the summer after they lost Carl. They wanted to bring awareness to mental health, and the National Alliance for Mental Health was having a tailgate at the game.

The Specht family participated with their own tent. That night drew more than 200 people, and Carl’s Cause was officially launched.

Since that time, Carl’s Cause has raised more than $250,000, which has gone to several organizations, including the University of Kansas Health System’s Strawberry Hill facility for Behavioral Health.

“We all went to a Royals game probably three weeks or so before he died,” Kelly said. “And we were trying to do things with him; we have an older daughter and a younger son, and my daughter’s married, and her husband was best friends with Carl. He was just a great son and brother.”